A Collection of Photographs can be found on David Hallam’s Smugmug page to be found here.

Some from the The Centaur have been de-screened to remove the dots from the printing process but the quality of a number of the originals is low. 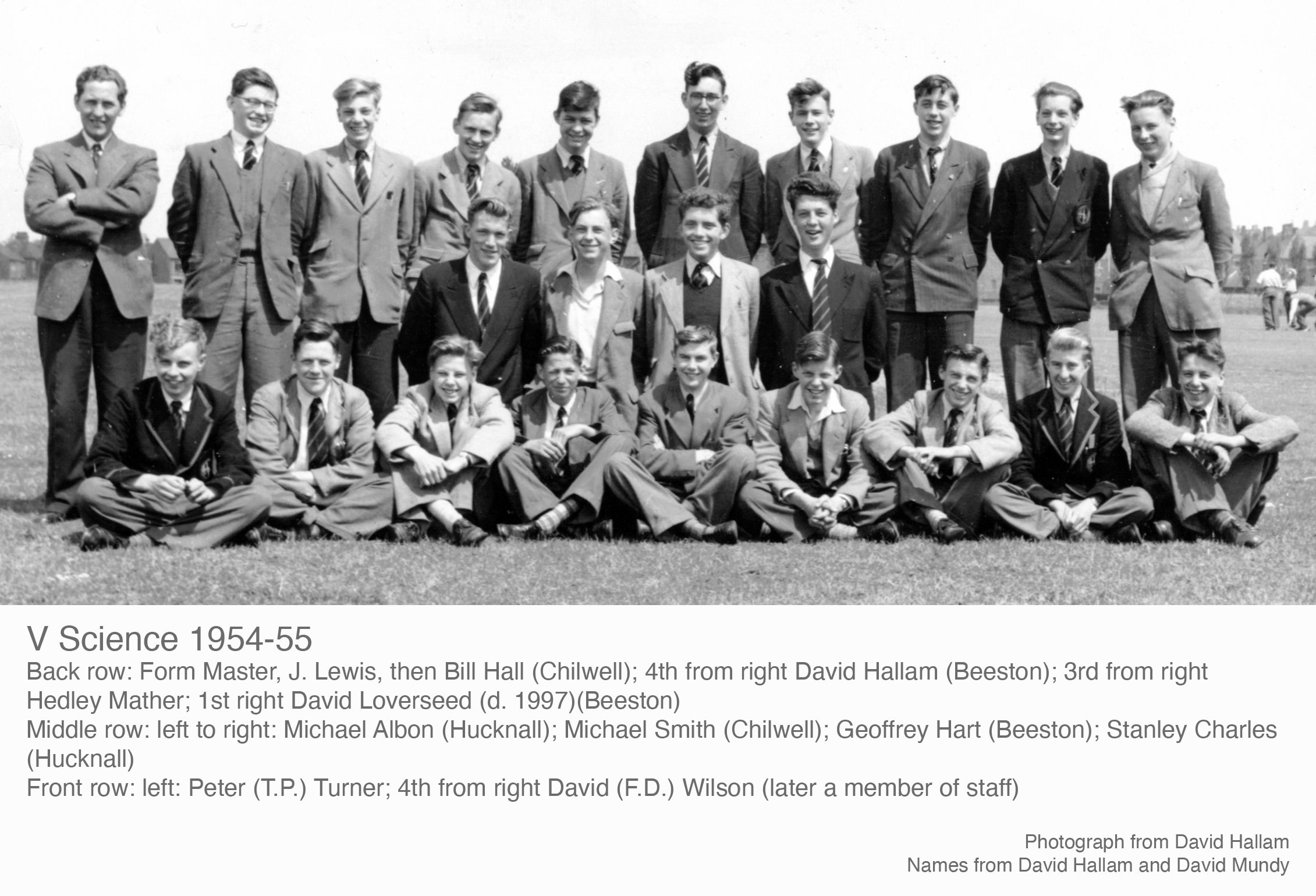 David Mundy comments: front left on the grass is Peter (T.P.) Turner, son of Tom Turner who had a large hardware shop on Front Street, Arnold. After it closed, Peter ran a smaller version on the opposite side of Front Street just round from the corner of Coppice Road. He married, but sadly his wife died young. Front row fourth from right on the grass was his cousin David (F.D.) Wilson, a superb musician, who became organist at Front Street Baptist Church and got me, a pianist, into organ playing! He eventually became organist at St. Paul’s Daybrook, back to HMGS (according to your data), Head of Music at Redhill Secondary, and later as Head of Music for Notts. C.C, I believe. What intrigues me that I was always asked to pick the hymn and play the Bechstein Grand in the hall for morning assembly when Mr. Saggers had been held up! The last time I did it I chose the ‘Old One Hundredth’ and the roof was lifted off! Mr. Saggers spoke to me afterwards about it! It was very difficult to get sixth formers to sing so it was a unique moment! Back row, second from left is Bill Hall (father was head chemist at Boots). Centre row, right hand end, Stanley Charles was the only person in Form 1A who could swim! Back row third from the right is Hedley Mather

1956 CCF .22 Shooting Team. Winners of the North Midland cadet competition receiving their medals at the inspecton on 23 March; they won the next year too (from David Mundy – nearest camera) 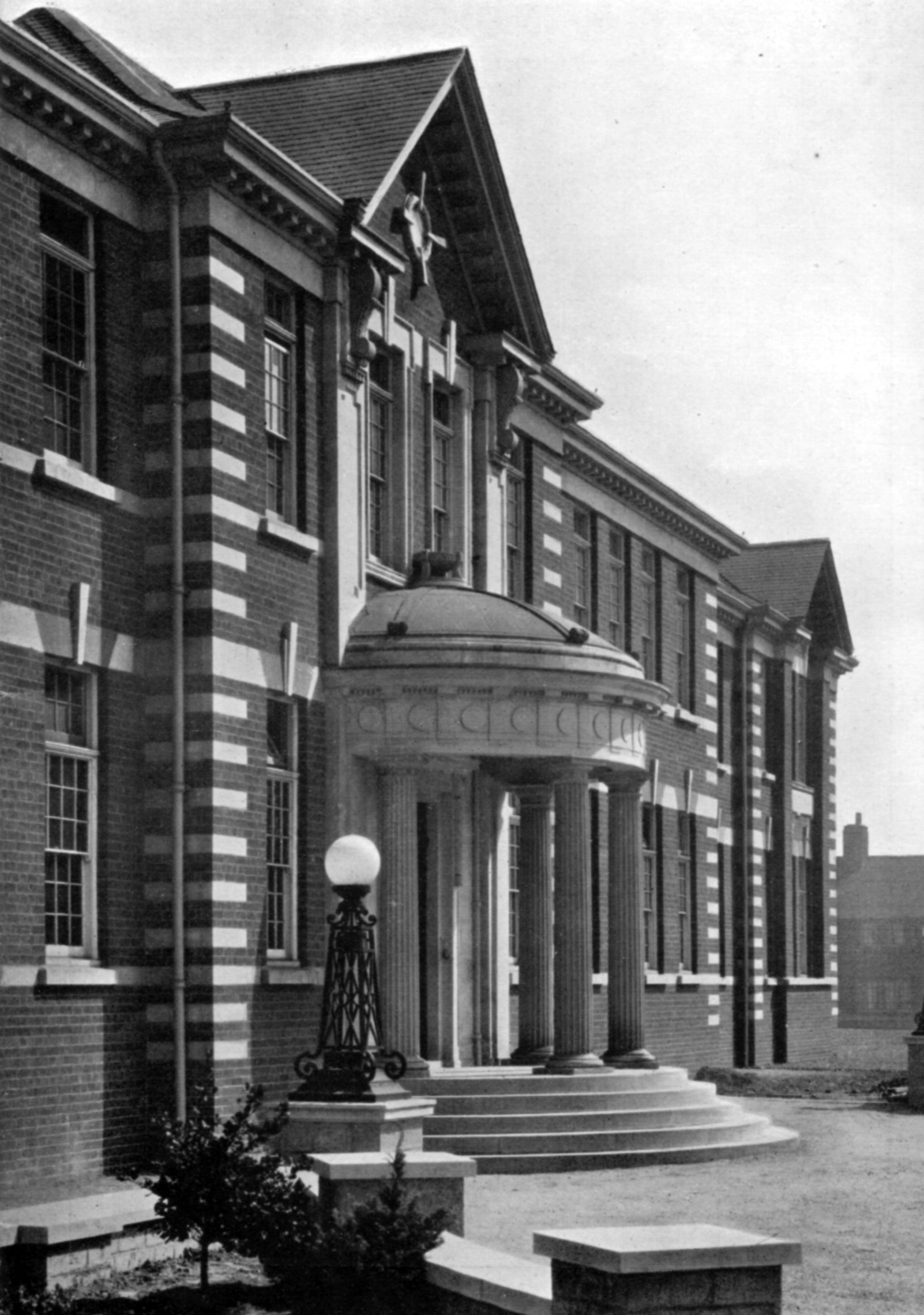 The plaque from the vestibule – famous for its splitting of ‘devoted’ 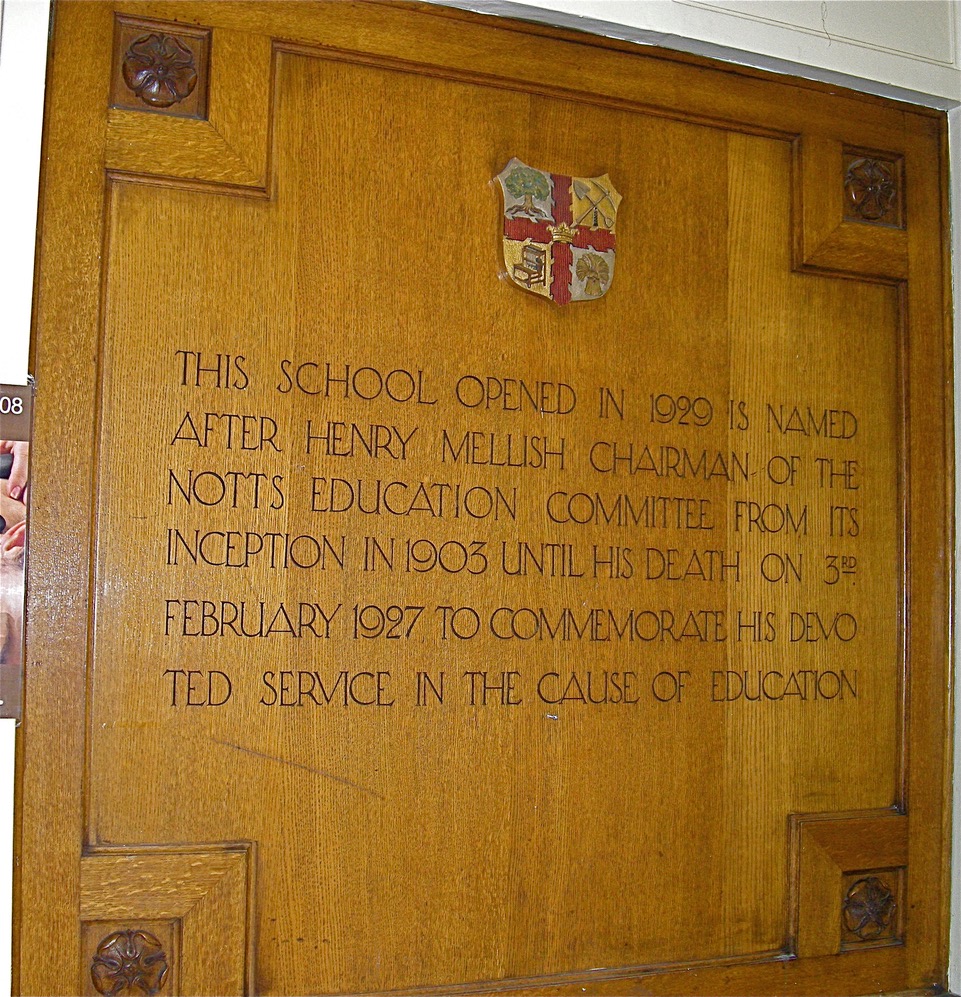 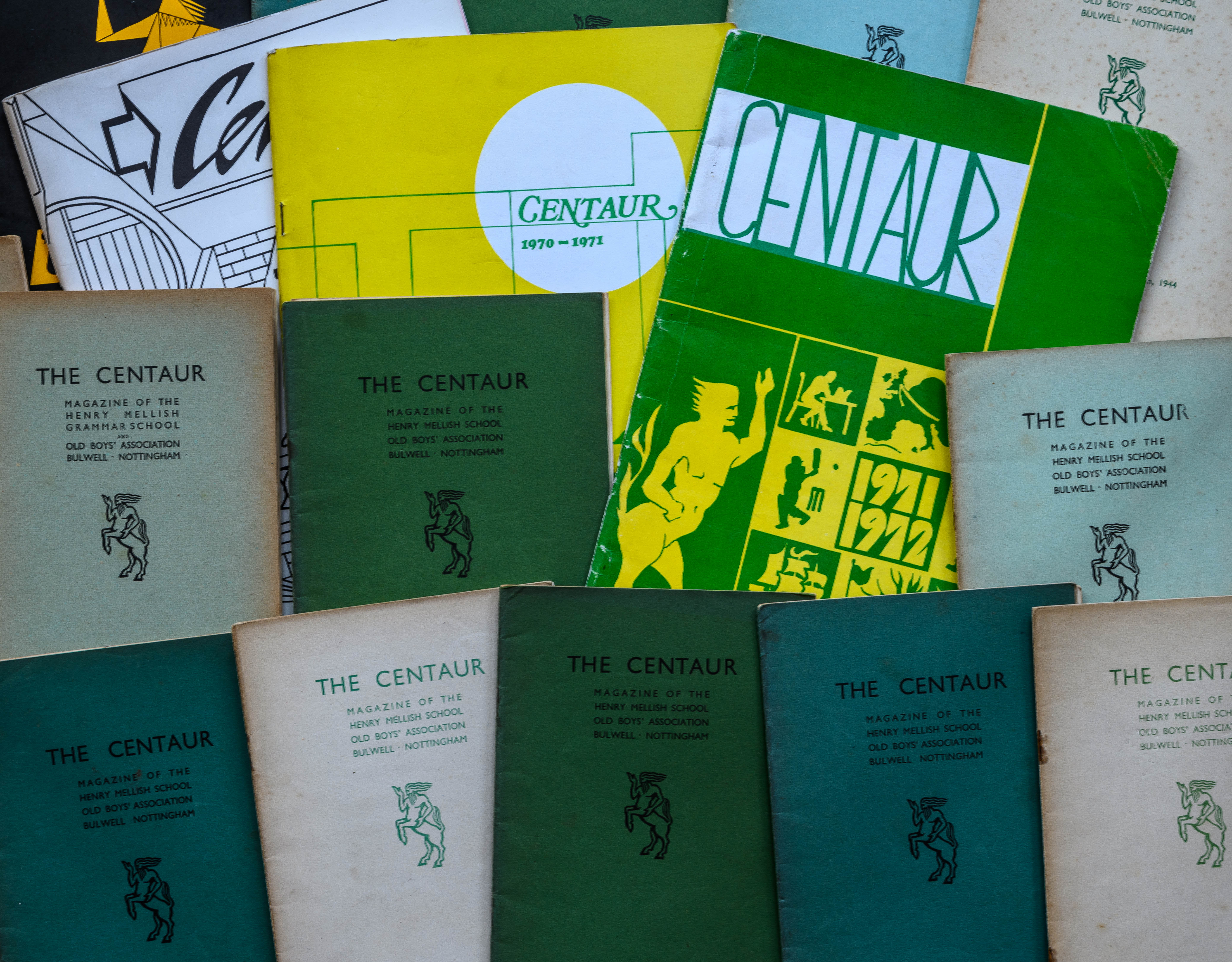